Hi friends!  I’m going to start this off with a confession: this project was a big failure last week when I removed all the painter’s tape and discovered I had messed up the lines.  It turns out that painting a Union Jack is more difficult than I thought… have any of you tried it and made a mistake?  (Or is it just me?) 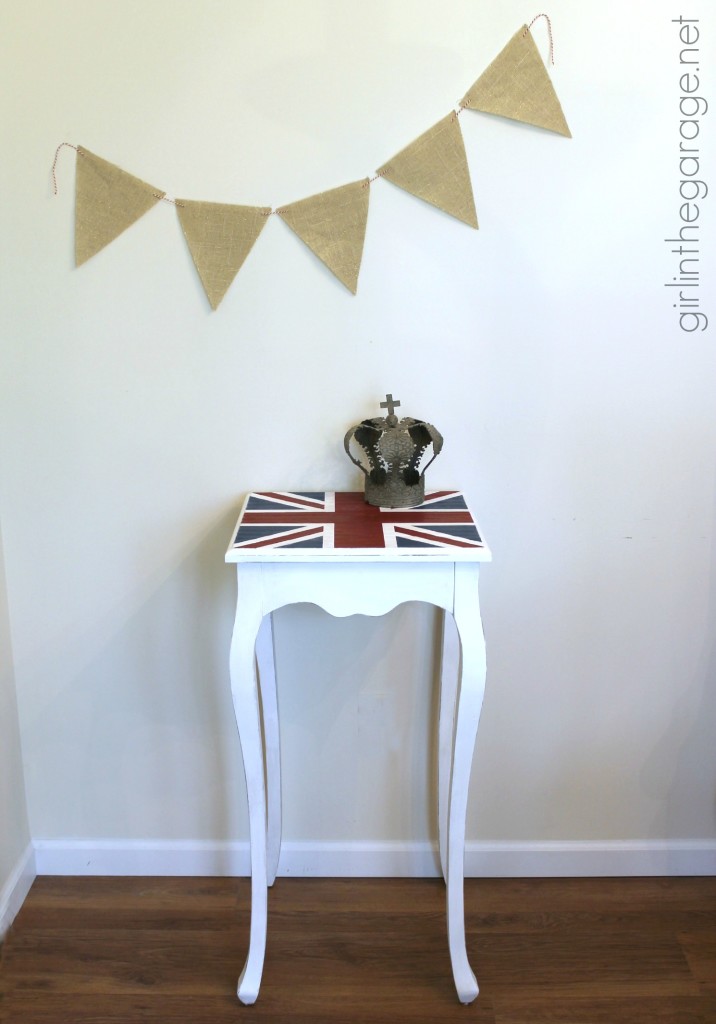 I’ve wanted to paint the U.K. flag for awhile.  I’ve had more of a fondness for it since we visited London in 2013, but I didn’t want to emblazon it on the front of a huge piece of furniture – you know subtle is usually more my style.   😉   So when I saw the elegant curves on this table, I knew it was destined for a British makeover… 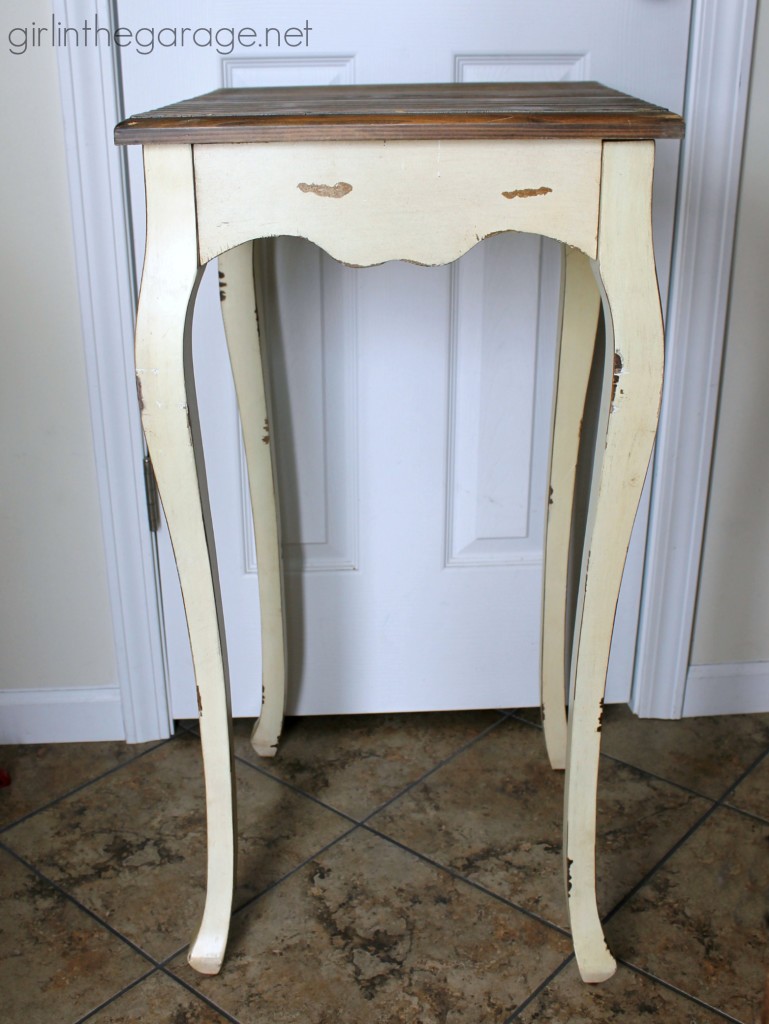 It’s a total (but pretty cool) coincidence that Duchess Kate just gave birth to the new princess this weekend – did you hear what they named her?  I think it’s absolutely perfect.  <3 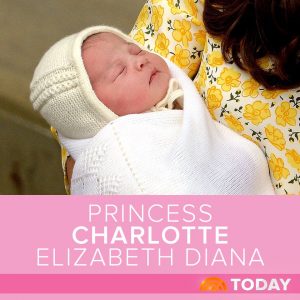 Okay, back to my Union Jack table makeover  – first I repaired the big crack on top with wood filler. 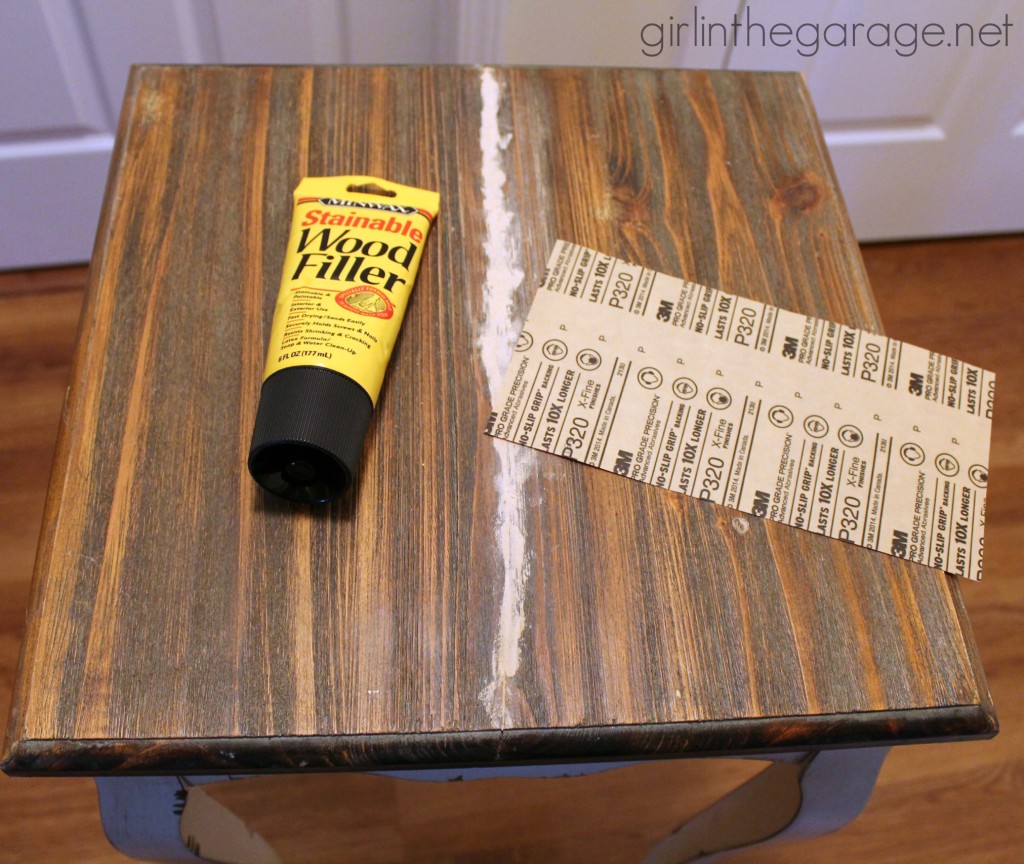 Next I painted the entire table in Pure White Chalk Paint to give it a crisp, clean look.

I googled an image of the Union Jack flag, measured, marked, and started taping. 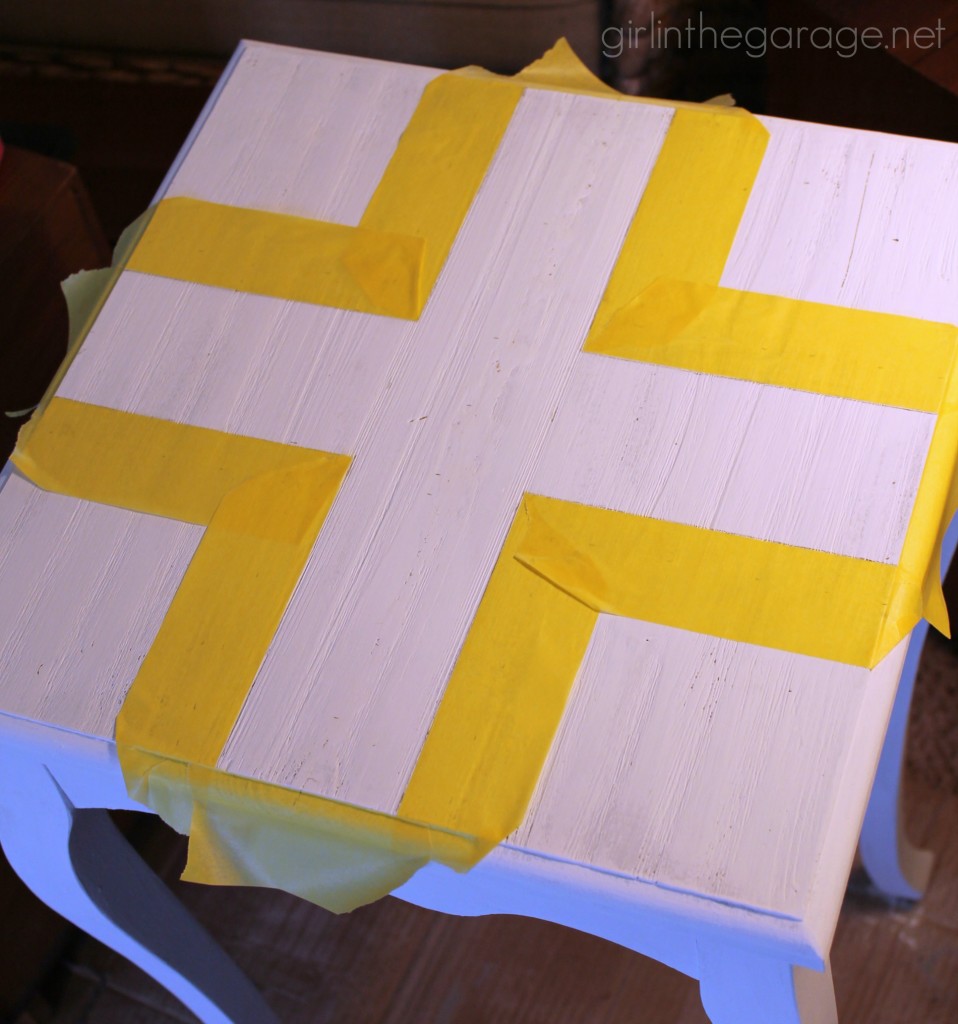 And then I messed it up.

(The blue and red paint are Valspar samples that I already had from Lowe’s… Indigo Cloth and Posh Red.)

Another day of taping, repainting, some clear wax, and then after a little distressing – it was done!  (Finally) 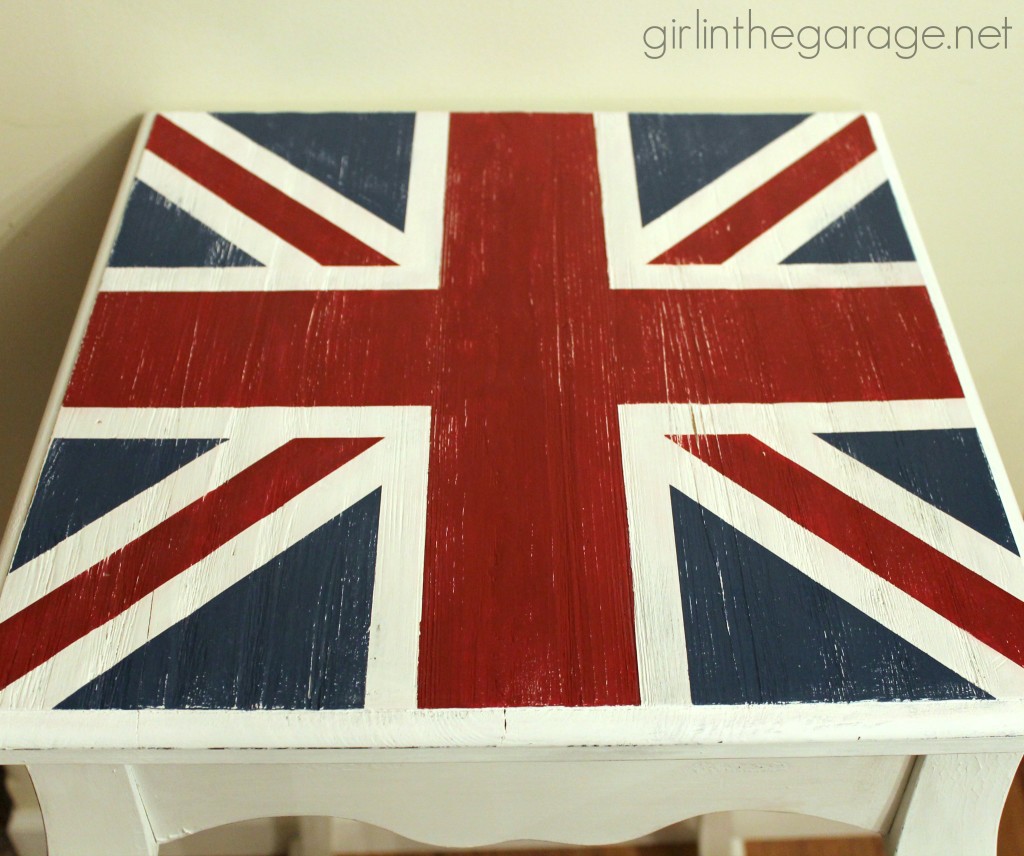 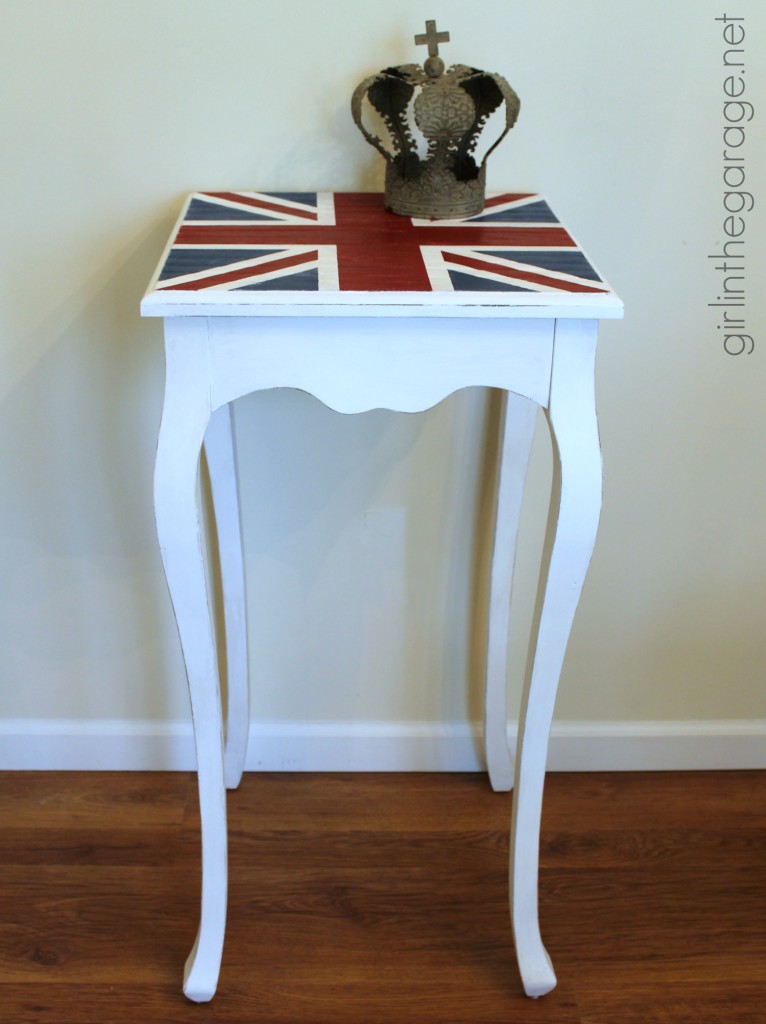 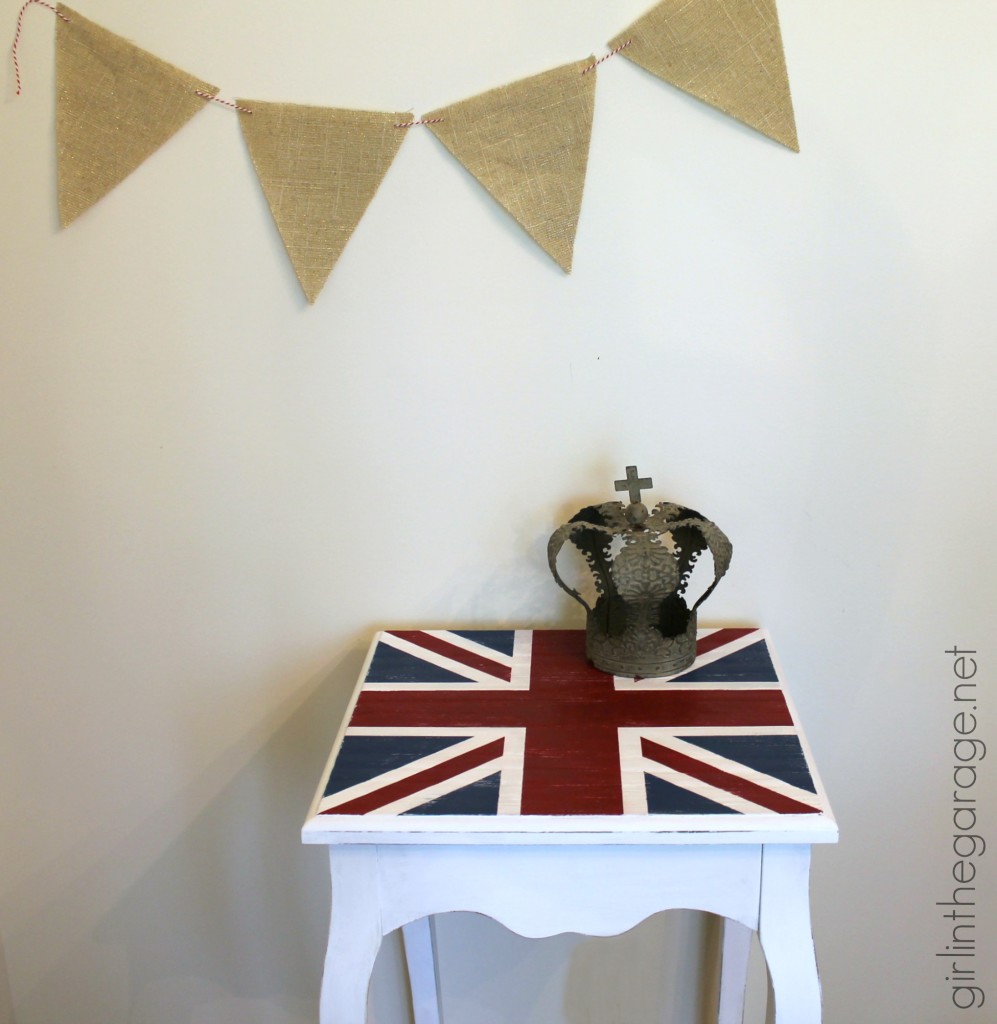 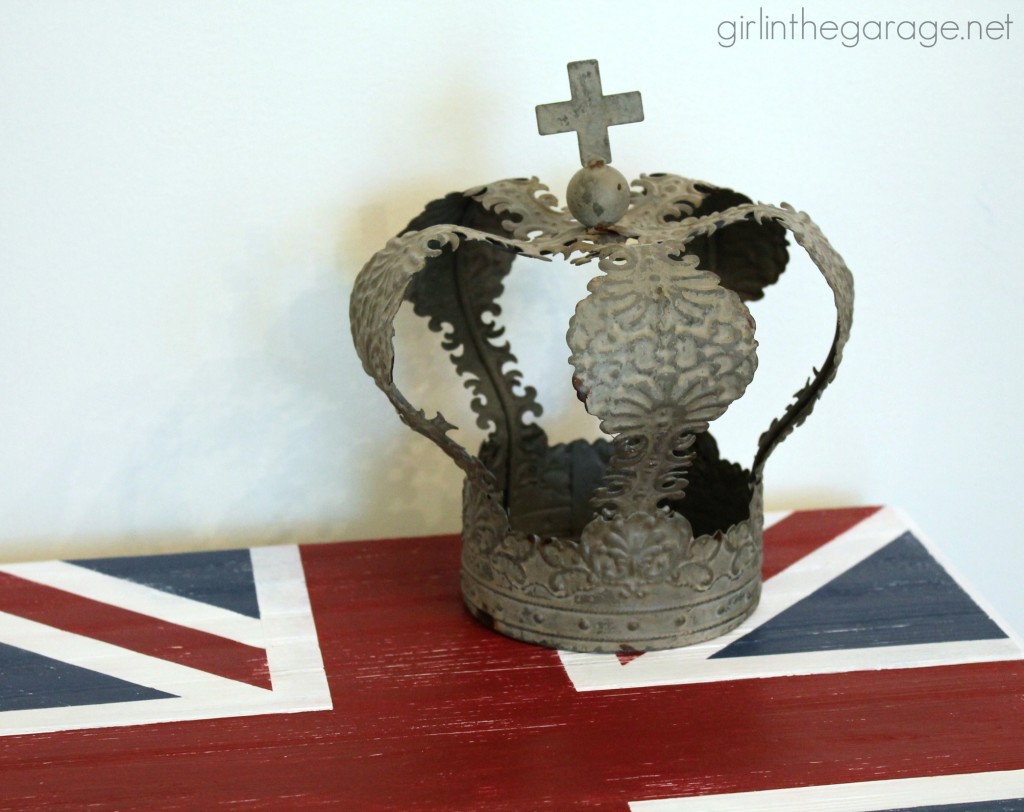 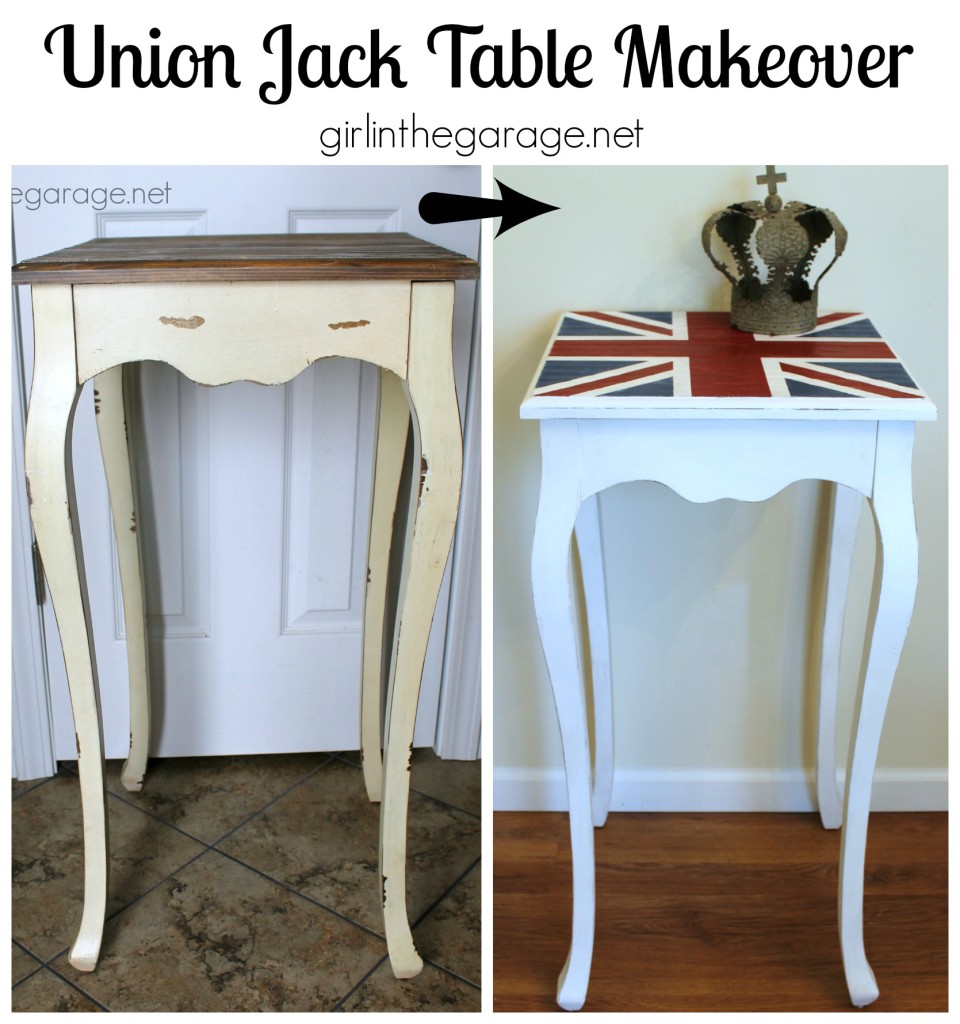 What do you think of my Union Jack table makeover – and how do you like the name they chose for the new princess?

Congrats to the royal family!  (Not that they’re regular readers of my blog or anything, but you never know!  Ha)